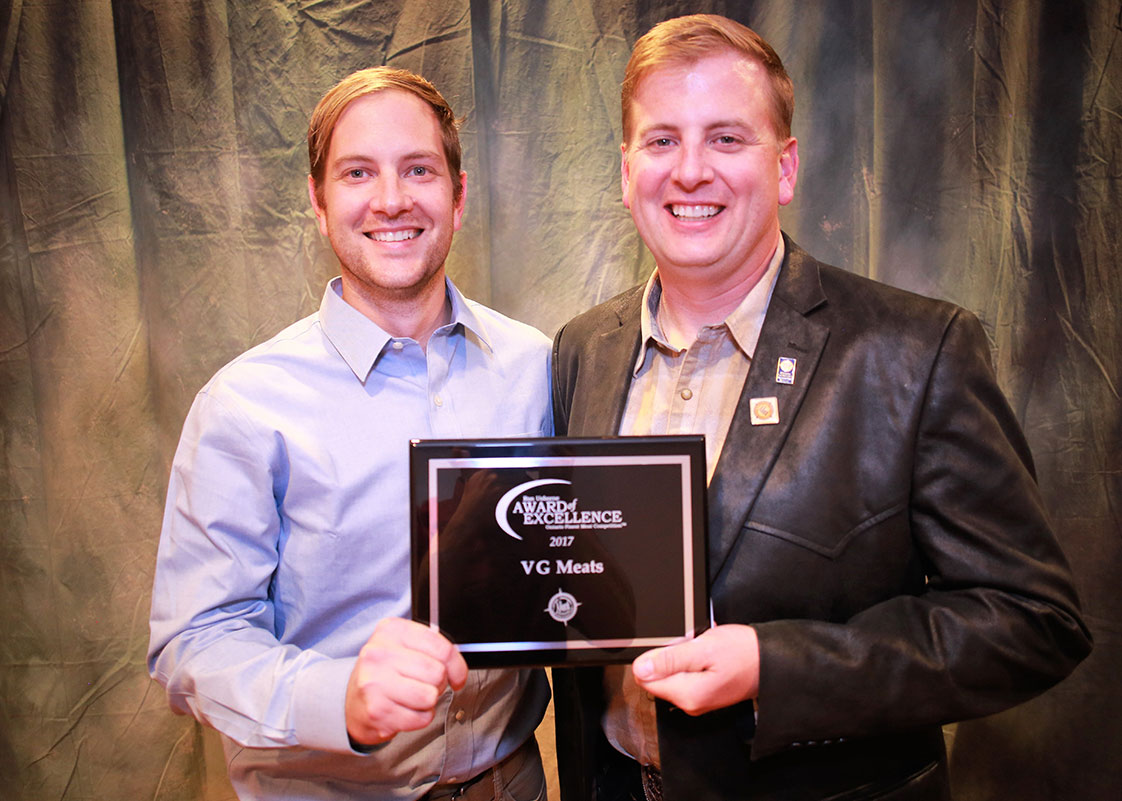 Last weekend, VG Meats was recognized at the Ontario Finest Meat Competition gala in Niagara Falls, winning eight product awards in total. Cory and myself (Kevin VG) attended the event together and were pleased to represent not only the VG family, but the entire VG Meats team in Simcoe and Stoney Creek. Everything we do is a team effort, and our team is truly second-to-none!

It was an honour to be recognized by Ontario Independent Meat Processors, who host the gala. The competition is judged by an impressive group of industry leaders and influencers, including chefs, authors, retail buyers, a home economist and several members of the media. Here’s a list of the awards our team received:

We also received the 2017 Award of Excellence for highest overall score – the top honour given at the gala. We are pleased to say that this is the third time VG Meats has won this award, as we previously took it home in 2007 and 2009.

These awards mean a lot to us because they focus on the full process, from farm to retail, and reflect our commitment to quality. We are proud to offer these great products on top of our fresh options, and are glad to see not only our customers enjoy them, but our peers. It’s also very gratifying to see our name up there with previous winners such as Halenda’s, Sikorskis and Stemmlers – other respected producers in our region.

Thanks again to our amazing team for making this happen, and to Ontario Independent Meat Processors for their recognition and support of VG Meats. We’ll see you again next year!